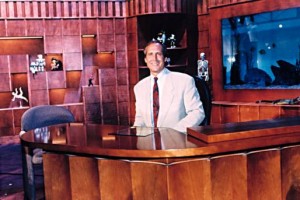 A Florida company is selling tickets to ascend 20 miles above the Earth on board a luxury space balloon. The company says it's bringing to space travel the most cutting-edge scientific advances of 1873.

Jerry Seinfeld is doing a movie, "Unfrosted," inspired by his Pop Tarts bit. Here's what he won't tell you about why Pop Tarts are funny: joetoplyn.com/how-jerry-sein…

Today the Supreme Court ruled that a high school violated the free speech rights of a student cheerleader. Writing the majority opinion, Justice Breyer spelled it out a letter at a time, asked the school what it spelled, then gave the school an F and a U.

Cigarette company Philip Morris is moving its corporate headquarters from New York to Connecticut. But the headquarters will have to move outside to Rhode Island whenever it takes a smoke break.

Now on the New York Times bestsellers list, a new children's book written by the Duchess of Sussex, Meghan Markle. She doesn't enjoy writing. She just thought that royalty should get some royalties.

This joke about a naked skydiver...how was it written? Learn how in my two-minute Joke Writing Workshop: bit.ly/3qhF09W