Ideas get stolen in show business all the time but less often than you might think.

I teach a class in comedy writing for late-night TV. A couple of nights ago I was giving my students some practice in turning newspaper articles into monologue jokes. Toward the end of the session I mentioned an article with the headline “Ladykillers: Hurricanes with female names may be deadlier.” I suggested that a joke based on that story might go something like this:

“Researchers at the University of Illinois say that hurricanes with female names may be deadlier. The researchers are particularly worried about the next hurricane, Solange.” 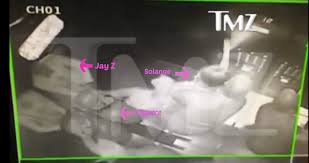 The next day I Googled “late night jokes” to see a sampling from the previous night’s monologues. Here’s a joke that Seth Meyers told on “Late Night” the same night I taught my class:

“A new study shows hurricanes with female names are more fatal because people subconsciously assume that they are less dangerous. Though I’d bet people would evacuate pretty quickly for Hurricane Solange.”

If I were a freelance writer who had emailed my hurricane joke to “Late Night” and then watched that night’s monologue, I might have been outraged. The show stole my joke! But the fact is, professional monologue writers on different shows inadvertently write similar jokes all the time. But given all the thousands of possible topical jokes that can be written each day, how can that happen? 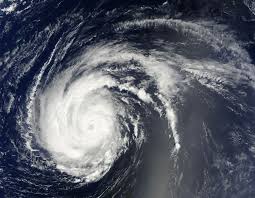 It can happen because all the writers on staff at all these shows use the same formulas to write their jokes. In the case of the hurricane joke, that news story had all the characteristics that a professional writer wants to see in a joke topic. For example, the story was likely to capture most people’s interest and nobody died.

And the punch line involving Solange was created using a proven pro writing technique: linking an association of the topic—“dangerous females”—with a high-profile event in pop culture—Beyonce’s sister assaulting Jay Z in an elevator.

So just because two late-night hosts deliver similar jokes doesn’t mean that some writer is a thief. It means that both shows’ writers are working from the same playbook.

For more about that playbook read my new book Comedy Writing for Late-Night TV.

Here’s more evidence that professional comedy writers use the same playbook. Yesterday afternoon, October 3, 2014, I posted this joke on Facebook and Twitter:

“Teresa and Joe Giudice of Real Housewives of New Jersey are going to prison. So now Mr. Giudice will also have a chance to be a housewife.”

Later that evening, Jimmy Fallon told a few monologue jokes on Tonight that culminated with this one:

“And Teresa’s husband, Joe, was actually sentenced to forty-one months in prison. But on the bright side, now he’ll get to be someone’s housewife.”

Here’s even more evidence that professional comedy writers all use the same techniques for writing jokes. Yesterday I posted this joke on Twitter and Facebook :

“The NE Patriots are accused of using deflated footballs in a game. But the Patriots insist that their only deflated balls came from steroids.”

A few hours later, Jimmy Fallon delivered a joke on Tonight about the same topic that ended with basically the same punch line:

“The first time there’s been a sports controversy about deflated balls that doesn’t involve steroids.”

Both of those punch lines sprang from my book’s Punch Line Maker #4: Find a play on words in the topic. 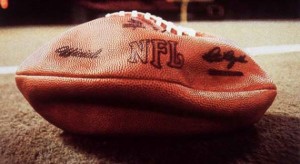 But notice that my version of the punch line takes a shot at the Patriots. The Tonight version not only doesn’t refer to the Patriots, it doesn’t even refer to professional football, despite past scandals involving steroid use by NFL players.

Why did Tonight take that more conservative approach to the joke? Possibly because the writer and producers heeded my book’s Comedy Quality Test #2, which states: “Imagine the host delivering the joke.” A Patriots version of the punch line may have seemed too mean, and therefore out of character, for Jimmy Fallon.

And any NFL punch line may have made it tougher to book NFL players on Tonight. Comedy/talk shows need comedy, but they also need high-profile guests for the “talk” part.

« How to Create Funny Products
When O. J. Simpson Killed, So Did Jay Leno »

One thought on “Seth Meyers Did Not Steal My Joke”

Michigan state Rep. Jewell Jones is defending spending hundreds of campaign dollars on a meeting at a strip club. He said he was doing research about election security so he needed to talk to some pole workers.

Because of fuel delivery delays, today American Airlines urged its pilots to do everything possible to conserve fuel. So if an American Airlines pilot tells you he just flew in from Phoenix and boy, are his arms tired, it's not a joke.

This joke about Jeff Bezos's space flight...how was it written? Learn how in my two-minute Joke Writing Workshop: bit.ly/2TFAoyq

The FAA changed its rules and might not award astronaut wings to Jeff Bezos even though he traveled into space. Bezos said that's okay, he doesn't think he'd have room to pin astronaut wings on his jacket anyway next to his 200 sets of billionaire wings.

Coming up this weekend at the Tokyo Olympics are men's and women's swimming events. All the swimmers are vaccinated but don't expect any records to be set because the pool is filled with Purell.

This week CNN held a town hall event where people got to ask President Biden questions. The President answered questions from 8 Democrats, 3 Republicans, and 27 people who bought paintings from Hunter Biden.