If you know the techniques, tricks, and rules, comedy writing isn’t as hard as it looks. When I was co-head writer of The Tonight Show with Jay Leno I directed a sketch featuring Jay and astronaut Story Musgrave. The sketch was a comedy tour of Space Center Houston, the official visitor center of the Lyndon B. Johnson Space Center. (In the photo, that’s Story in the NASA jumpsuit and me with the microphone boom on my face.) 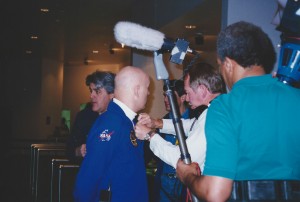 We finished taping around lunchtime and I found myself in the cafeteria with Story. As a kid I wanted to be an astronaut so I was thrilled when he invited me to bring my plastic tray over and join him. What a gracious, smart, impressive guy. We chatted about the taping and then he observed, “It must be really hard to come up with comedy every night, week after week.” 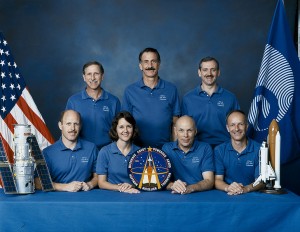 I was almost struck speechless. Here was an astronaut, a crew member on one of the most complex missions in the history of the Space Shuttle, a veteran spacewalker who had helped repair the incredibly intricate Hubble Space Telescope so scientists could use it to unravel the secrets of the universe. Here was this guy telling me that my job seemed hard. I replied to Story that my job had to be much easier than his. I pointed out that, as with any job, you get better at comedy writing the more you do it, and I had been doing it for years. And I explained that a show like Tonight has a large staff of writers so even if a few of them are off their game on any given day there are plenty of others around who can pick up the slack. But years later I realized that part of the reason comedy writing seems so difficult to Story, and to so many other people, is that the process is so mysterious. To me, repairing the Hubble Space Telescope seems mind-bendingly difficult because I have absolutely no idea how I would go about doing it. To Story, the same task is relatively easy because he knows all the steps involved and has practiced them over and over. 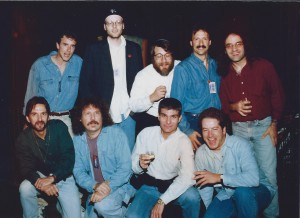 The process of writing comedy was a little mysterious to me, too, until recently. I had created thousands of jokes and bits for the four late-night comedy/talk shows I’ve worked on but at the time I didn’t completely understand how I was doing it. The idea of understanding how, and of setting down the techniques, tricks, and rules for creating short-form comedy, began to appeal to me. I thought writers could use a book that would help them unravel the secrets of the comedy universe. So I wrote Comedy Writing for Late-Night TV. Story, if you ever read the book you’ll understand better than ever why I said comedy writing is way easier than your job.